Sharpness describes the clarity of detail in a photo, and can be a valuable creative tool for emphasizing texture. Proper photographic and post-processing technique can go a long way towards improving sharpness, although sharpness is ultimately limited by your camera equipment, image magnification and viewing distance. Two fundamental factors contribute to the perceived sharpness of an image: resolution and acutance.

Acutance describes how quickly image information transitions at an edge, and so high acutance results in sharp transitions and detail with clearly defined borders.

Resolution describes the camera's ability to distinguish between closely spaced elements of detail, such as the two sets of lines shown above.

For digital cameras, resolution is limited by your digital sensor, whereas acutance depends on both the quality of your lens and the type of post-processing. Acutance is the only aspect of sharpness which is still under your control after the shot has been taken, so acutance is what is enhanced when you digitally sharpen an image (see Sharpening using an "Unsharp Mask").

Photos require both high acutance and resolution to be perceived as critically sharp. The following example is designed to give you a feel for how each influences your image: 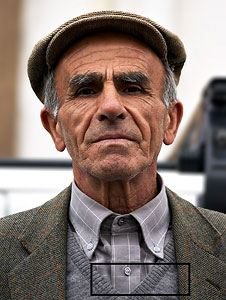 Sharpness also depends on other factors which influence our perception of resolution and acutance. Image noise (or film grain) is usually detrimental to an image, however small amounts can actually increase the appearance of sharpness. Consider the following example: 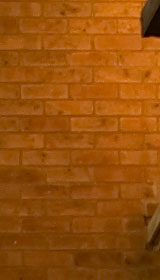 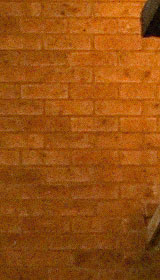 Although both images have not been sharpened, the image to the left appears softer and less detailed. Image noise can be both very fine and have a very high acutance — tricking the eye into thinking sharp detail is present.

Sharpness also depends on viewing distance. Images which are designed to be viewed from farther away, such as posters or billboards, may have much lower resolution than fine art prints in a gallery, but yet both may be perceived as sharp because of your viewing distance. Keep this property in mind when sharpening your image, as the optimal type of your sharpening may not necessarily be what looks best on your screen.