Posterization occurs when an image's apparent bit depth has been decreased so much that it has a visual impact. The term posterization is used because it can influence your photo similar to how the colors may look in a mass-produced poster, where the print process uses a limited number of color inks. This effect ranges from subtle to quite pronounced, although one's tolerance for posterization may vary.

Any process which "stretches" the histogram has the potential to cause posterization. Stretching can be caused by techniques such as levels and curves in Photoshop, or by converting an image from one color space into another as part of color management. The best way to ward off posterization is to keep any histogram manipulation to a minimum.

Visually inspecting an image is a good way to detect posterization, however the best objective tool is the histogram. Although RGB histograms will show extreme cases, the individual color histograms are your most sensitive means of diagnosis. The two RGB histograms below demonstrate an extreme case, where a previously narrow histogram has been stretched to almost three times its original width.

Note the tell-tale sign of posterization on the right: vertical spikes which look similar to the teeth of a comb. Why does it look like this? Recall that each channel in an 8-bit image can only have discrete color intensities from 0 to 255 (see "Understanding Bit Depth"). A stretched histogram is forced to spread these discrete levels over a broader range than exists in the original image. This creates gaps where there is no longer any intensity information left in the image. As an example, if we were to take a color histogram which ranged from 120 to 130 and then stretched it from 100 to 150 (5x its original width), then there would be peaks at every increment of 5 (100, 105, 110, etc) and no pixels in between. Visually, this would force colors to "jump" or form steps in what would otherwise be smooth color gradations. Keep in mind though that all digital images have discrete color levels—it is only when these levels sufficiently disperse that our eye is able to perceive them. 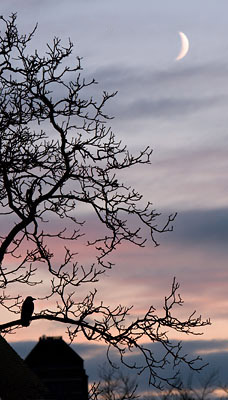 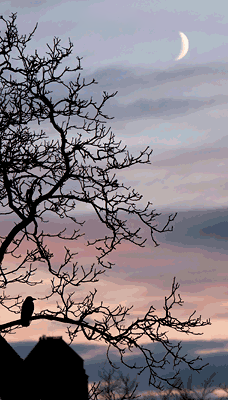 Posterization occurs more easily in regions of gradual color transitions, such as smooth skies. These regions require more colors levels to describe them and so any decrease in levels can have a visual impact on the image.