Choosing between a compact (or "point and shoot") and a digital SLR camera is often the first big purchasing decision when starting out with photography. Not only is it potentially a big financial decision, but it may also determine what kinds of shots you'll be capable of capturing. This tutorial cuts through all the marketing hype in order to highlight only the most important differences between each camera type — thereby helping you to decide which one is best for you and your shooting style. 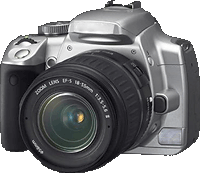 What exactly does it mean for a camera to be a compact (or point and shoot) versus an SLR? Strictly speaking, SLR cameras just have viewfinders that see the same light as the camera's sensor (more on this later), but in practice this isn't the only distinction. While the line between each continues to blur, these three differences usually* still apply:

*Notable Exceptions: The "Micro Four Thirds" or 4/3 standard has interchangeable lenses, but doesn't use the standard SLR viewfinder mechanism (Olympus/Panasonic cameras). Some budget SLR cameras may also have fixed lenses, and some high-end compact style cameras can have sensors that are nearly as large as an SLR — but each is the exception rather than the rule.

However, this deserves mentioning up-front: SLR cameras are usually MUCH more expensive than compact cameras — mostly as a consequence of the above three differences (we'll discuss why later). Also, unlike with compact cameras, purchasing an SLR camera is only part of the cost; you may have to buy additional lenses, an external flash and other accessories. These can even end up costing more than the camera itself.

Unlike compact cameras, with an SLR camera what you're seeing through the viewfinder is the same light that will reach your camera's sensor when you press the shutter button:

With an SLR, when you press the shutter button, the mirror flips up and the light that was formerly being re-routed to your eye instead gets sent straight to the camera sensor. Move your mouse over the buttons above to see how this works. The flipping up of the mirror is also what makes the characteristic clicking or snapping sound that we've come to associate with SLR cameras.

With a compact camera, the viewfinder mechanism instead just tries to estimate what light will reach the sensor, so it's potentially less accurate. Compact cameras may also use what's called an electronic viewfinder (EVF), which attempts to re-create what an SLR viewfinder would see — but by instead using the electronic image from the sensor.

Note: The above behavior is in fact why they're called "Single Lens Reflex" (SLR) cameras — because the same lens is used to produce the image in the viewfinder as is used to capture that image at the sensor, and the mirror reflects light to the viewfinder ("reflex" referred to the reflection in German). However, this terminology can be a little confusing, because SLR cameras are the type of camera that can use more than just a "single lens" — not compact cameras.

The need for a prism/mirror is one of the reasons why SLR cameras cost more (other than sensor size), and can make a big difference for a camera designer/manufacturer. However, in practice the sensor size and ability to change lenses will likely make more of a difference to your photography. This is especially true since many camera owners choose to use the rear LCD screen instead of the viewfinder.

On the other hand, if your work requires seeing exactly the light that will be captured, then you should certainly opt for an SLR. Otherwise, you can usually still see exactly how that light will be captured using either a compact or an SLR camera — by looking at the rear LCD in "live view" mode, and by using a live histogram.

The fact that SLR cameras can change out their lenses is likely the first difference that one notices, or knows ahead of time. Yes, many compact cameras can use lens adaptors (especially the high-end variety), but the original lens still remains on the camera.

Why would a camera need more than one lens? It is difficult if not impossible to design a single lens that can capture scenes using the wide range of styles commonly used by photographers — all without noticeably sacrificing quality and portability. Each style is therefore far better suited by a single, special purpose lens.

In practice, being able to use different lenses usually means that:

For example, with portraits one could use a wide aperture (such as f/2.0 or less) in order to create a smooth out of focus background and isolate their subject. Alternatively, with architecture one could use an ultra-wide angle lens that's been designed to also minimize distortion (causing otherwise straight lines to appear curved). Neither of these scenarios would be possible with the vast majority of compact cameras. 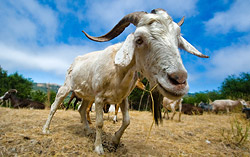 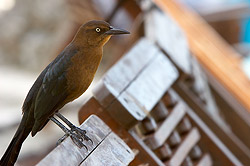 photo on left courtesy of eliya

However, using more than one lens also means that:

Of course, to negate any potential inconvenience, you could always choose your favorite all-around lens for your SLR and just stick with that. In addition, the built-in lens on a high-end compact camera can sometimes produce higher quality images than a stock or budget SLR lens, and is often also a lot more versatile. However, once you start spending a lot more, compact camera lenses rarely hold their own against high-end SLR lenses.

In general, compact cameras have much smaller camera sensors than SLR cameras. This is a less commonly known "under the hood" difference between SLR and compact cameras, but is likely one that will make the most noticeable impact on image quality.

What does this mean in practice?

*Technical Note: strictly speaking, a photosite isn't the same as a pixel, since a pixel is usually created based on several photosites, but we'll use the more familiar word "pixel" here even though we really mean "photosite." See the tutorial on digital camera sensors for more on this. 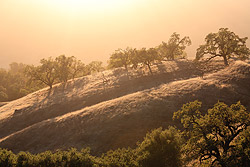 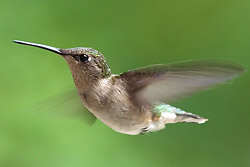 photo on right courtesy of coltfan909

The key here is that a different sensor size is just a trade-off; one size isn't necessarily all-around better than another, so you need to consider how the pros/cons of each will fit into your intended shooting style. For much more on this topic, also see the tutorial on digital camera sensor sizes.

In addition to what's already been discussed, each camera type may also have other advantages, depending on the specific brand or model. These include:

The preference between each camera type really comes down to one of (a) flexibility and the potential for higher image quality versus (b) portability and simplicity. This choice often isn't a matter of which is right for a given person, but which is better for a given shooting environment and intended photo use.

Compact cameras are much smaller, lighter, less expensive and less conspicuous, but SLR cameras allow for a shallower depth of field, a greater range of subject styles and the potential for higher image quality. Compact cameras are probably better for learning photography, since they cost less, simplify the shooting process and are a good all-around option for capturing many types of scenes out of the box. SLR cameras are much better suited to specific applications, and when size and weight aren't important.

Costs aside, many prefer to own both types of cameras. That way they can take their compact camera to parties and long hikes, but have an SLR available when they need to capture indoor subjects in low-light, or when they're going somewhere specifically for photography (such as for landscapes or events).

To learn more about each key difference between camera types, visit these tutorials: